3 Step Process To Successful Trading
Step 1 – Learn to properly analyze a stock to determine the most probable future direction.


To do this we teach you a very unique method of Technical Analysis that combines the Elliott Wave Theory with certain Fibonacci ratios to identify key turning points for a stock or any other liquid market.

Our utilization of ABC and Technical Support gives you clear cut rules and guidelines that must be met in order for a trade set-up to qualify. This allows you to focus in on one key market set-up that identifies the most dynamic moves in the market regardless of market direction or time frame. 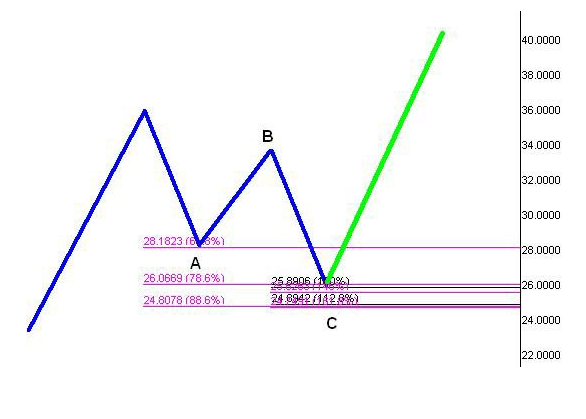 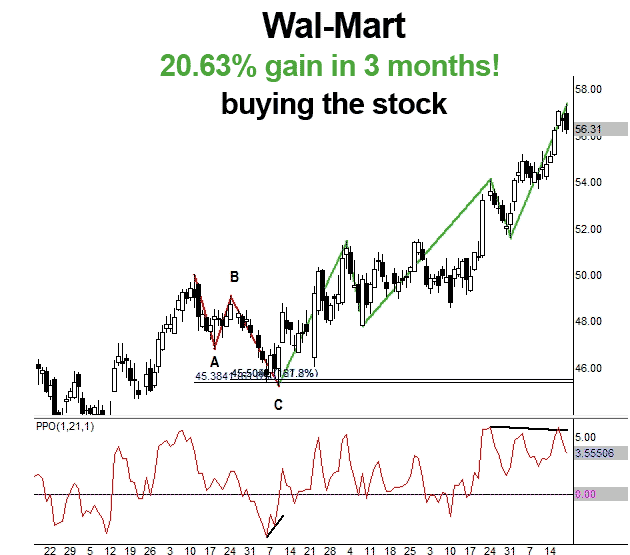 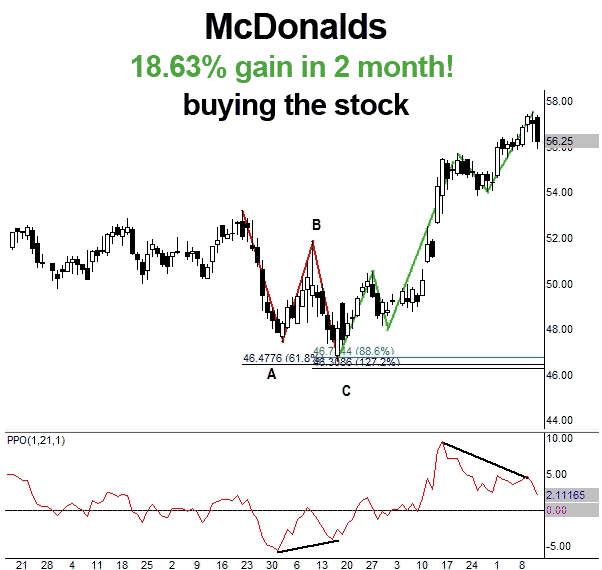 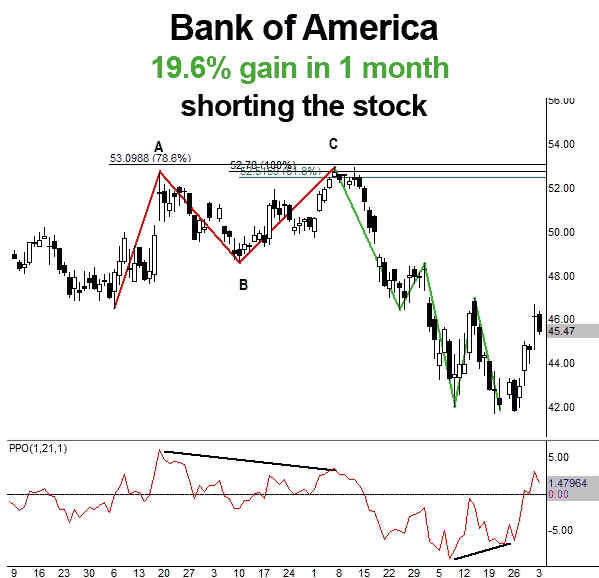 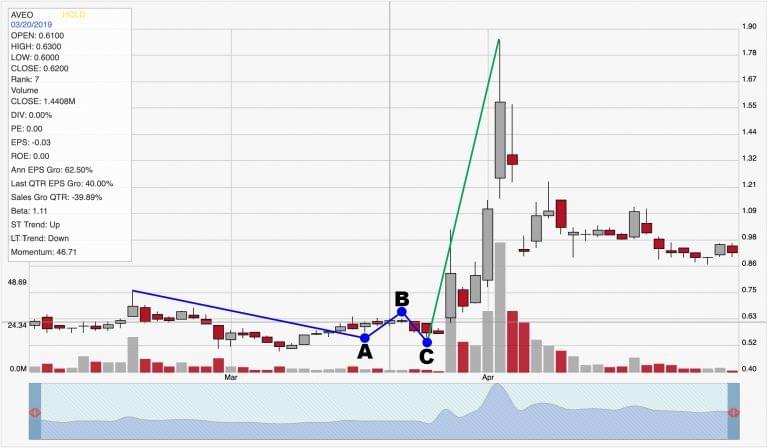 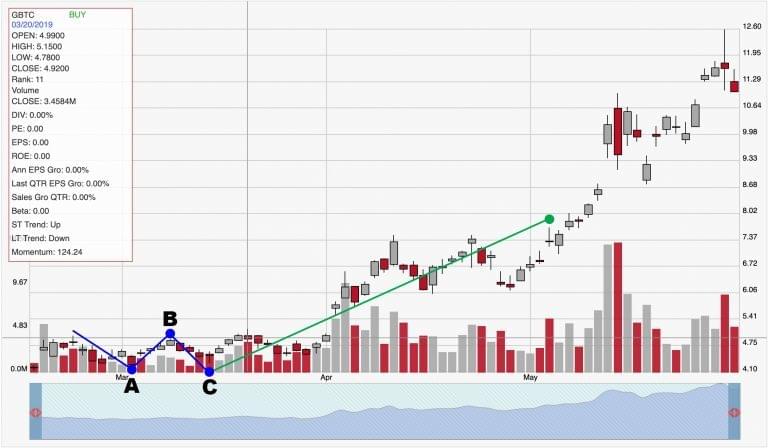 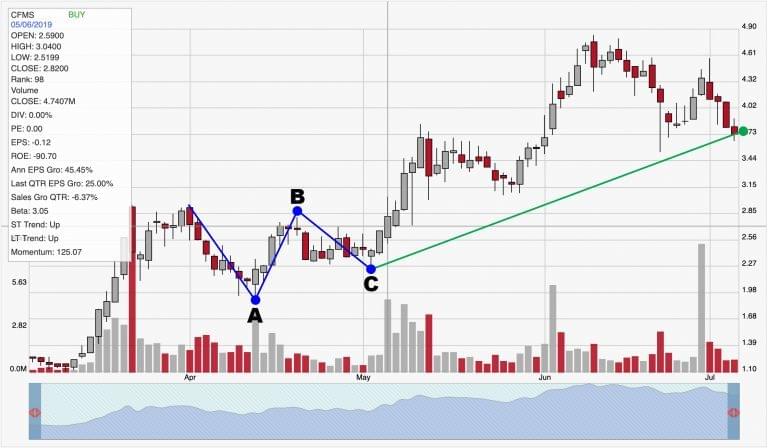 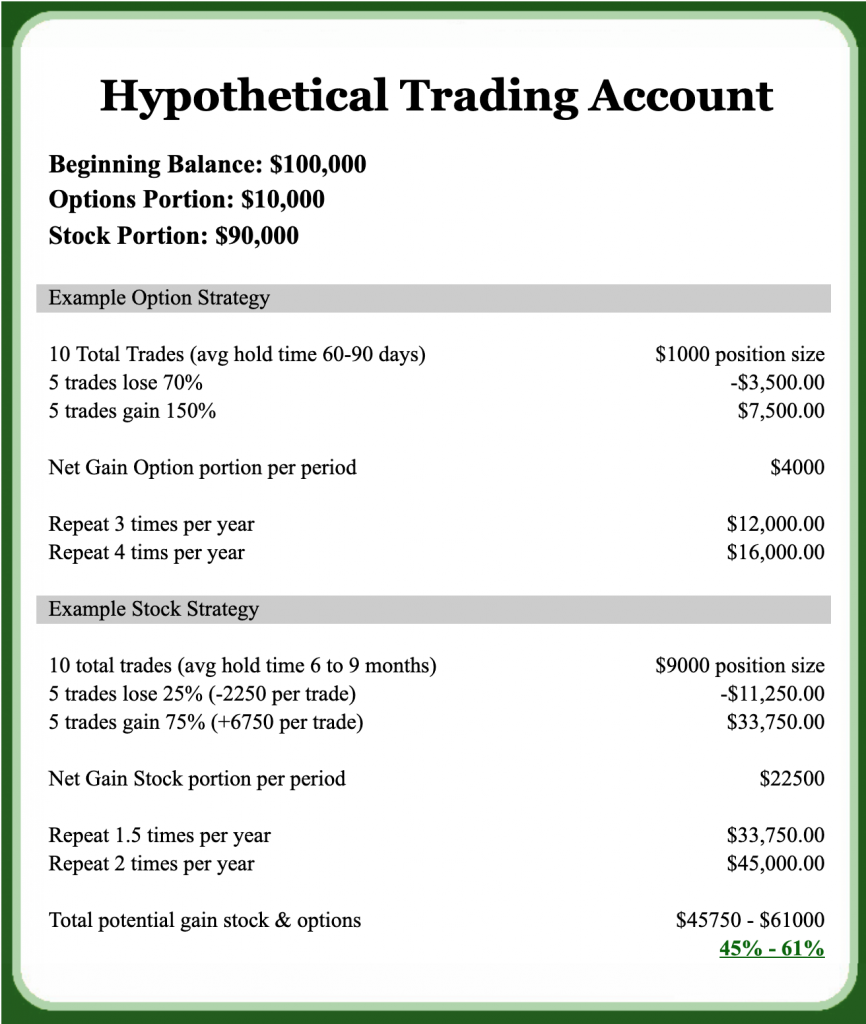 This is a hypothetical illustration and does not include taxes, commissions, or slippage.
Step 3 – Selecting the proper strategy to take advantage of the coming market move

Married Put
Covered Call
Long Call
Collar Trade
Long Put
Vertical Bull Spreads
Straddles/Strangles
Vertical Bear Spreads
Many traders may choose to use option strategies as part of their trading game plan, especially if they are starting with a smaller account and want to leverage their investment dollar. Proper money management should still be used when trading options. 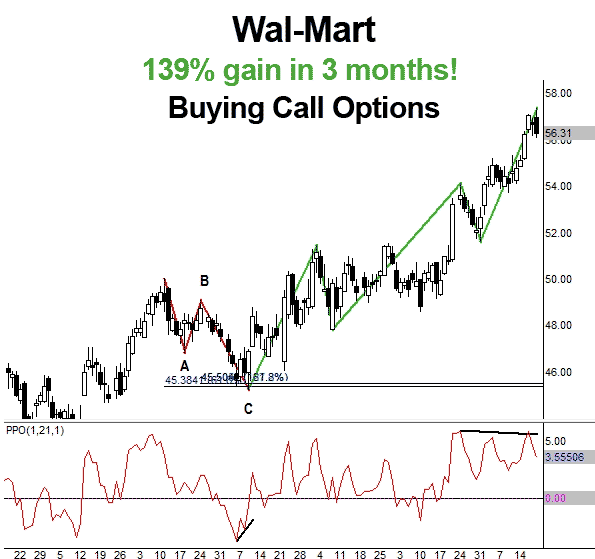 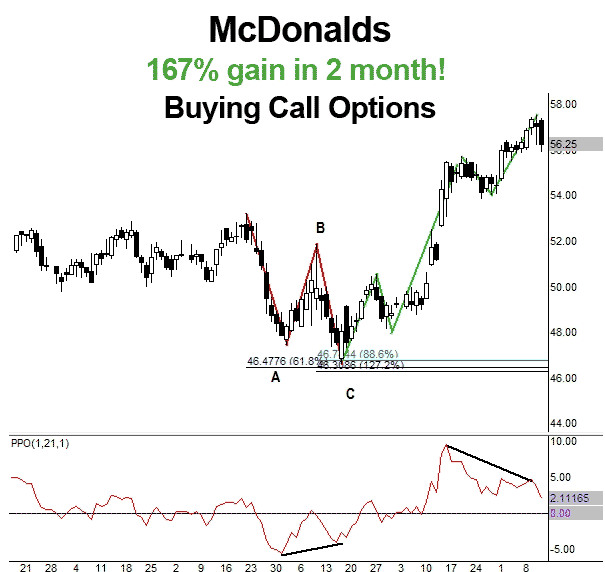 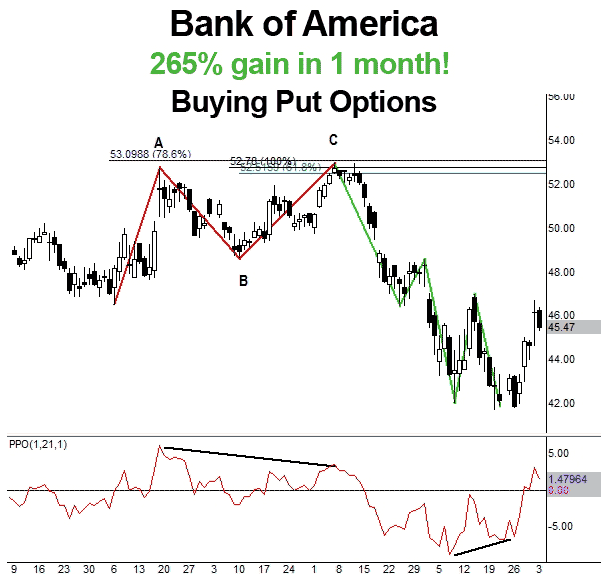 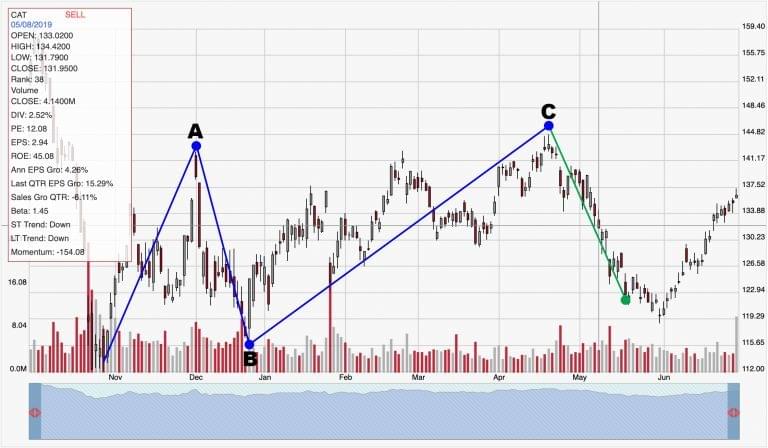 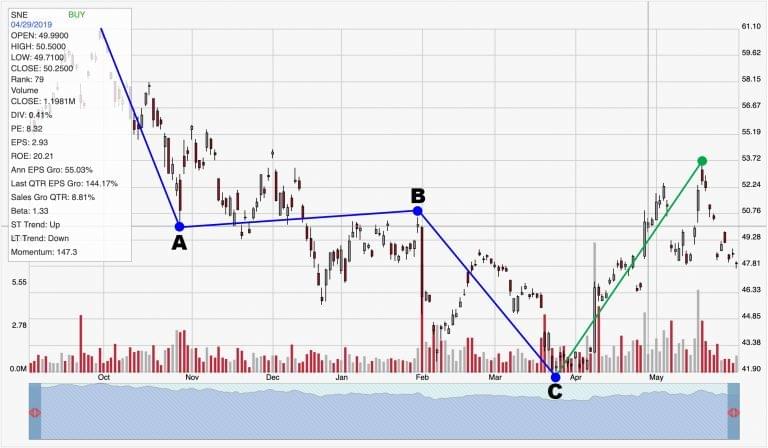 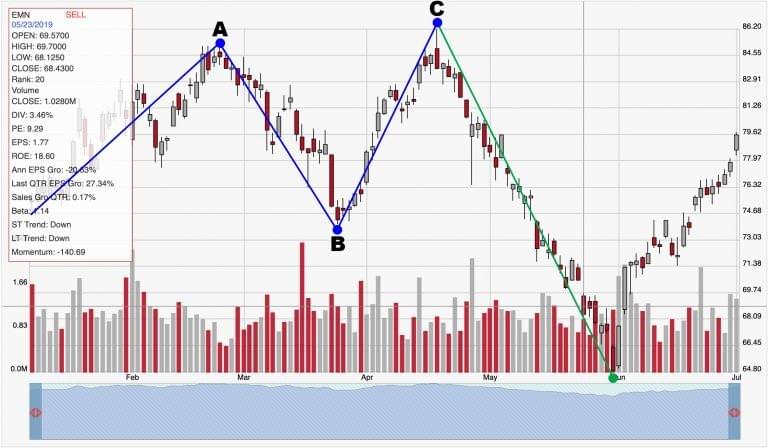 Shane Rawlings bought his first stock when he was only 21 years old. Shortly after, he began trading options and ran a $2,000 account into just under $30,000 in six months, and then lost it all.

Seeing money compound and evaporate so quickly sent Shane on a lifelong quest to become a student of the financial markets.

He is Co-founder of Investiv, a private investment education company that specializes in teaching stock and options trading strategies as well as technical and fundamental analysis.

Over the past 20 years, the Investiv curriculum is responsible for helping over 150,000 individual traders and investors gain an edge in the market. 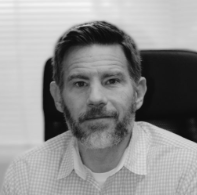 Jesse Webb graduated with a degree in finance and began his career managing money for high net worth individuals at one of the largest banks in the country.

After enjoying a successful career at the bank, Jesse turned his focus to helping individual traders and investors improve their performance in the market.

Jesse is Co-founder of Investiv, a private investment education company, and is responsible for developing the proprietary algorithms behind the TradersPro software, which has successfully been used by more than 50,000 traders worldwide.

Jesse is passionate about trend following and momentum based trading strategies, and is constantly fine tuning and building upon his prior success in both trading and business. 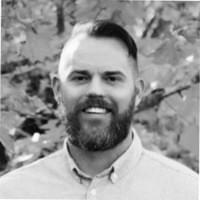 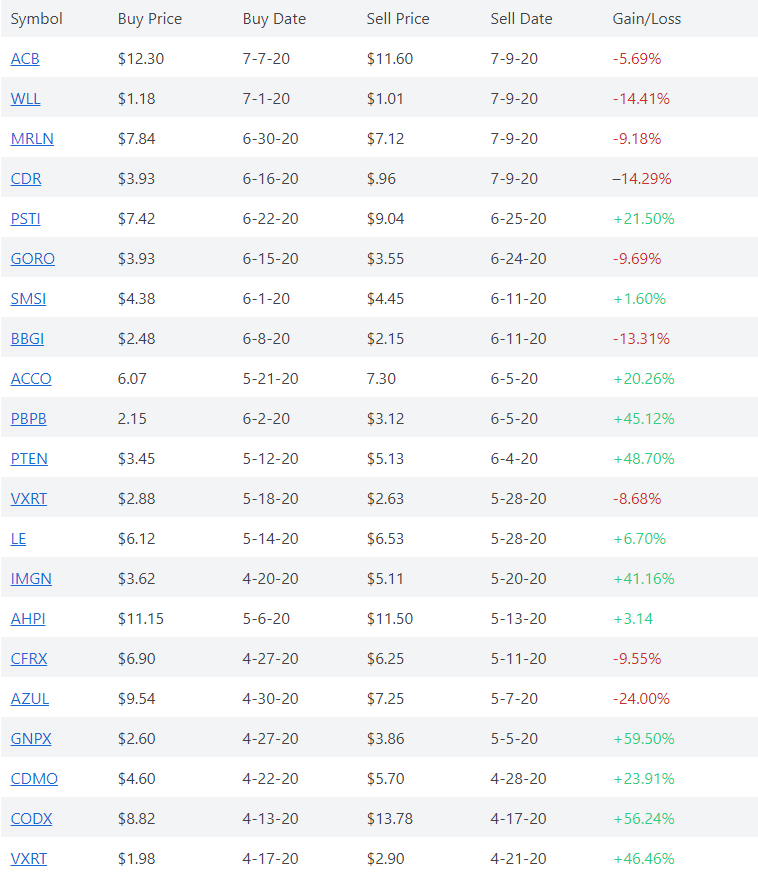 Thomas Moore started his career in the 90’s with one of the largest mutual fund companies in the world and was consistently in the top 10% nationally for new money under management.

After the dotcom bust, he shifted his focus to trading stocks and options. Over the next decade he worked for the largest investment education company in the world, which would later be acquired by one of the largest US based online brokers.

He was instrumental in developing their highly sought after curriculum where individuals would pay as much as $20,000 to learn to become an expert trader. He’s personally taught more than a thousand students throughout the United States and Canada

Throughout his tenure as a trading coach, he’s developed various systems for trading both stocks and options and created more than a dozen different educational courses on every aspect of trading and investing. He’s also authored or co-authored half a dozen books published on similar topics.

The Rebel Income system seeks to generate steady monthly income by selling put options on high quality undervalued companies. From time to time, a company will trade below the strike price of the put sold and we will be assigned shares in the underlying company. In such circumstances we can potentially collect dividends, as well as write covered calls against our stock ownership until we are called out, or sell the underlying shares. The Rebel Income system is attractive due to the large cash position held most of the time, while still generating double digit annual returns. Based on closed trades only, the Rebel Income system has generated a hypothetical annual return of 21% since inception on 6/18/2016. 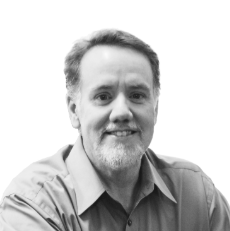 Thomas helped our members generate gains of 29%, 33%, and 78% trading PVH, CSCO and TSN option straddles in under 30 days.
CUSTOM JAVASCRIPT / HTML
Limited Capacity
We have 400 to 500 people every month who subscribe to the TradersPro software.

Unfortunately, we have to keep the Investiv Trading Group relatively small, so we can’t work with everyone.

We have a pretty extensive vetting process to help us determine those traders who make the best fit for the Investiv Trading Group.

If you would like to be considered as a candidate, please talk with one of our enrollment specialists.
Join Our Trading Group
Here’s how it works. The Investiv Trading Group meets every Monday (1 pm EST), Wednesday (1 pm EST), and Friday (Noon EST) for about 45 minutes via a live webinar.


In these live webinars we educate you, discuss current market conditions as well as potential trade set-ups.

If you can’t attend the live webinars, no big deal. Each webinar is recorded and posted to the members only website within a few hours, allowing you to review it at your leisure.

Every time there is an actionable trade, you will receive a timely email alert with exact instructions on the trade we are making - including entry price, stop loss price, and initial target price.
Contact Us Today About Joining
INVESTIV TRADING GROUP © 2020. All Rights Reserved
265 N Main St. D283 | Kaysville UT 84037 | USA

Investing is Inherently Risky - There are risks inherent in all investments, which may make such investments unsuitable for certain persons. These include, for example, economic, political, currency exchange, rate fluctuations, and limited availability of information on international securities. You may lose all of your money trading and investing. Do NOT enter any trade without fully understanding the worst-case scenarios of that trade. And do NOT trade with money you cannot afford to lose. Past performance of an investment is not necessarily indicative of its future results. No assurance can be given that any implied recommendation will be profitable or will not be subject to losses.